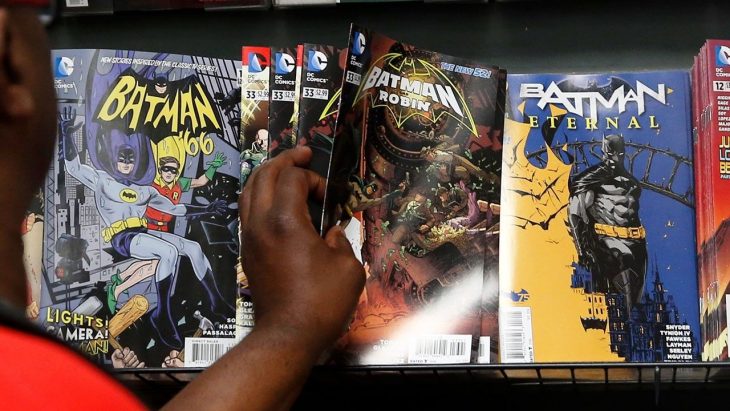 On Sunday, United Airlines posted a message to all Comic-Con attendees traveling through San Diego, informing them that they would not be able to fly with comic books in their checked baggage. The airline even clairified on Twitter that the TSA handed down this edict, which applied to all airlines operating out of San Diego.

There was just one problem with United’s announcement: It wasn’t true.

In a statement obtained by Fox News, United claims to have “misunderstood” the TSA’s instructions regarding comics even though a TSA spokesperson has since claimed that the agency never issued any instructions of the sort.

I dont know how United went ahead and stated a TSA policy incorrectly, said Lorie Dankers, a TSA spokeswoman who spoke to Ars Technica.

HOW TO GET THROUGH AIRPORT SECURITY AS QUICKLY AS POSSIBLE

United Airlines initially posted its flawed message in the San Diego International Airport on Sunday, but confused comics fans soon responded on Twitter, prompting the airline to explain that the restrictions came directly from the Transportation Security Administration. At the time, United also claimed that all airlines operating out of San Diego and not just United were affected by the order.

The restriction on checking comic books applies to all airlines operating out of San Diego this weekend and is set by the TSA. ^MD

But according to the TSA itself, there was never any such order to restrict comic books from checked luggage at San Diego International Airport.

I can say that TSA has advised in the past that if people bring several of the same type of item, it can alarm the checked baggage screening, but there is no prohibition on bringing things that are not a security threat, Dankers told Ars Technica.

HOW TO SCORE AFFORDABLE TRAVEL THIS AUGUST

Dankers also claimed that comic books are not considered a security threat, and that the TSA encourages travelers to check comic books if they so choose.

On Monday, the TSA even took to Twitter to refute Uniteds claims, to the astonishment and amusement of several concerned travelers.

is this really happening

A United spokesperson did not reveal the source of the airlines information, but admitted the airline misunderstood the TSAs restrictions.

While TSA is recommending that customers keep their comic books in their carry-on bags, there are no restrictions on packing them in checked luggage, said a United spokesperson in a statement obtained by Fox News.

We misunderstood TSAs instructions and regret any inconvenience this may have caused our customers.

Even though United declined to reveal its TSA source, its possible the airline made Sundays announcement based on an older @AskTSA blog post published during 2016s San Diego Comic-Con, in which the TSA advised against packing stacks of brochures and assorted comic books in checked baggage, lest they set off any alarms and slow down the screening process. At the time, the TSA also recommended removing such items from carry-on luggage at screening checkpoints, and placing them in a separate bin where they could be x-rayed more easily.

In more recent blog post concerning books and carry-on bags, the TSA stated that, occasionally, our officers may recommend passengers remove items such as heavy, glossy programs during a special event with a lot of travelers, such as Super Bowl programs, but nowhere does the post mention that such items could be banned from checked bags.

A representative for United was not immediately available for comment.