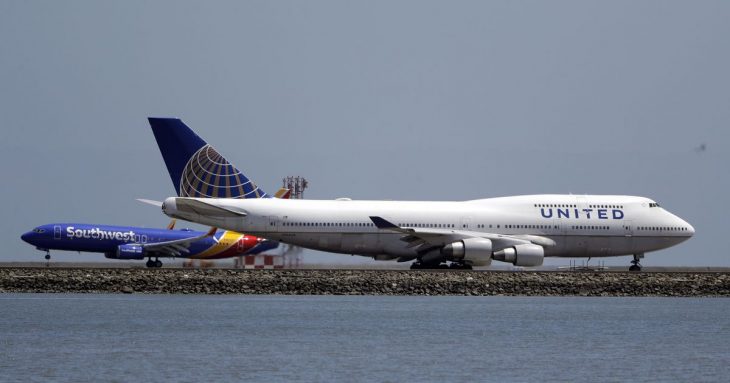 Comic-Con attendees freaked out after a tweet warned that United Airlines was forcing fliers to remove comic books from checked bags.

Turns out that’s not really a restriction, according to the TSA and the airline.

A Twitter user posted a photo Sunday showing a screen that said travelers had to remove comics from checked bags in San Diego.

There aren’t other photos backing up the Twitter user’s claim, but United did tell Mashable, “We misunderstood TSAs instructions and regret any inconvenience this may have caused our customers.”

Initially, the airline responded to the tweet saying it was a restriction set forth by the TSA.

The restriction on checking comic books applies to all airlines operating out of San Diego this weekend and is set by the TSA. ^MD

But the TSA said nope, don’t blame us.

Good afternoon. Pls note there are no TSA restrictions on checking comic books or any other types of books. https://t.co/Nu00IvcZSc

In their response, the TSA linked to a blog post on its site from earlier this year in which they addressed rumors about books being screened during security checks. But this was only a test, the TSA said, and travelers no longer have to remove books from bags for screening.

How did this mixup happen, you ask?

It’s unclear. But The Verge points to a set of TSA travel tips from last year’s Comic-Con that may have led to the United mishap.

The guidelines told travelers to carry comics in their carry-on, along with brochures, or magazines. But it didn’t say comics had to be removed from checked bags.

Online, people had a field day with the alleged rule.

TSA and @united having a bit of a spat over comic books in carry-on luggage. #SDCC2017 #ComicCon pic.twitter.com/FnfafXQjbR

Boy, the one good thing about not attending #ComicCon – @TSA @united @adichappo

Airlines and the TSA are setting security policy over Twitter. It appears @united are being badly trolled. Cc @TSA @comic_con pic.twitter.com/vn0FHFLKCI

“While TSA is recommending that customers keep their comic books in their carry-on bags, there are no restrictions on packing them in checked luggage,” the company said. “We misunderstood TSAs instructions and regret any inconvenience this may have caused our customers.