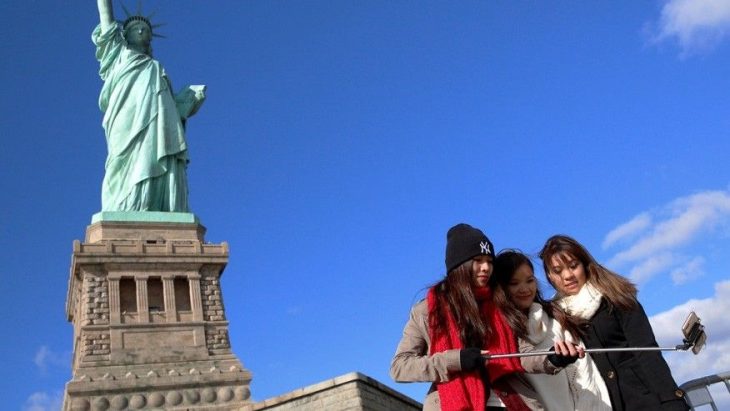 While tourists can occasionally be an annoyance to some U.S. residents during the busy summer months in metropolises like New York City and Los Angeles, the revenue they bring in on a local and national level is enormous.

Some nearly 13 million international tourists spend on average four times the amount that U.S. tourists do during trips to New York City, said NYC & Company, the city’s official tourism board, in a statement  to Travel + Leisure.

On any given day, New York City welcomes 175,000-180,000 visitors, according to Chris Heywood, SVP of global communications for NYC & Company.