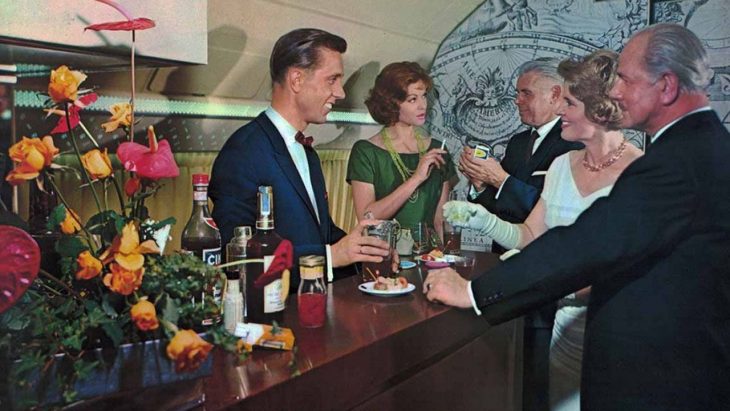 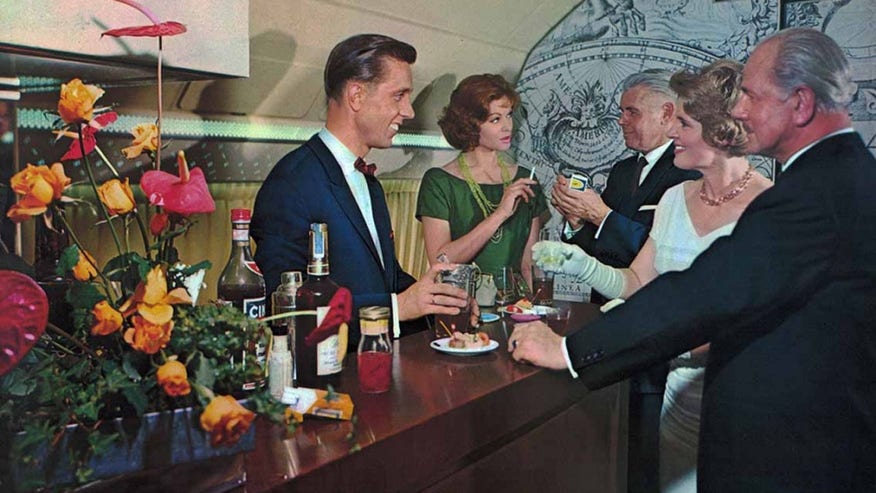 These images show the glamorous side of air travel. (Airline Ratings Historical Collection)

Airline travel hasnt changed much in the past 50 years. Unless you believe images taken in the 1960s, in which case travel is now less fun, more sober, confined, somber and downright depressing.

The following images were first published by AirlineRatings.com, which explains to The Telegraph that the images were amassed over 40 years from now-defunct airline PR departments.

What follows are just a few that we rather enjoyed from a time that certainly looks to have been quite enjoyable.

So lets head back to a time when smoking was encouraged and drinking was considered a meal.

Ever wondered what they did on planes to pass the time before electronic devices? One popular activity was playing…

Posted by Airlineratings.com on Monday, December 7, 2015

According to Poor Mans Stanley Tucci, the above image proved that a rousing game of Go Fish! Always ended the minute trust in your travel partner concluded. Still, this beats figuring out how to passive aggressively get the kid behind you from kicking your seat.

Before the advent of Google Maps, creepy old guys in costume came by to show you where you were going.

This also raised the obvious question of who exactly was flying the plane if the captain was back in coach delivering geography lessons?

If you are old enough to remember the ’60s fondly, we regret to inform you that you are no longer in a key demographic.

That being said, we feel comfortable simply making things up about the decade: Everybody was drunk and the only pick-up game you ever needed was having a match for that soon-to-be-smoked cigarette.

Dinner service in the ’60s didnt bring with it the promise of stomach discomfort. Apparently, it invited the kind of intrigue and curiosity that usually garners elaborate expeditions to exotic locales.

Seriously, who is flying the plane?

Your next flight will come with the revelation that for the next six hours you will have to make amends with fighting over the armrest and dealing with the smell of whatever it is your neighbor just ate.

This is a far cry from how it was in the ’60s when one of the perks of travel, apparently, was an official pillow fluffer who would make daydreaming about your station in life all the more enjoyable.

We hope this reminds you that airline travel, unlike wine and Patrick Stewart, ages rather poorly.

Can a Cruise Ship Fit Under a Christmas Tree?

Holiday Travel Tips to Chase Away the Airport Blues

The 8 Best Holiday Lights Displays in the U.S.

Where to Party in Vegas for New Years Eve